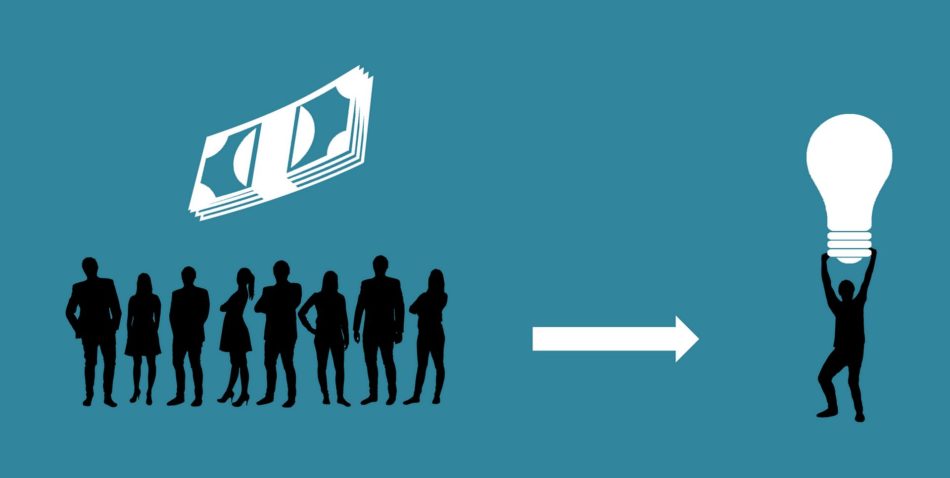 Your innovative, bold, and strong marketing strategy will go to waste if your startup doesn’t have the necessary capital to launch.

However, chatter around some entrepreneur and influencer circles are negative towards the various crowdfunding platforms – conversations which intersect with the ongoing corporate versus startup debate.

Also Read: 10 TOOLS THAT ARE ESSENTIAL FOR YOUR STARTUP GROWTH

Entrepreneurs under forty will understand that the economy within the United States is slanted in favor of the top ten percent of wage earners. Huge corporate tax cuts provide established institutions with a sizeable advantage over young startups. Banks also hesitate to grant loans to startups due to them not having a proven track record of success…

Difficult to do for a startup, right?

With these obstacles facing fresh and innovative brands, crowdfunding becomes a lifeline and a path to success in the age of technology. With the digital sphere continuing to grow, it’s of no surprise that so many startups operate within the vertical.

Arloid Automation is building an Internet of Things (IoT) Platform known as the Ecosystem using blockchain solutions, which will allow third-party product developers to list their products and receive the opportunity to receive crowdfunding, through a unique voting process.

Arloid is focused on smart homes, consumer technology, and  transparency with data security — directly stating personal information will not be shared with any of their partners, a step further than most in the crowdfunding business.

The majority of Arloid’s Ecosystem consists of smart homeowners, yet their bold strategy of democratic transparency and vetting set a fine example for all startups, even those outside of blockchain.

With the recent scandals facing Facebook, consumers are heightened to the importance of digital security. Startups would never be able to survive such a drastic hit to consumer confidence; therefore, it’s vital to highlight transparency and data security in any crowdfunding proposal.

Should companies want to make a profit? Of course, they should. However, those profits should not come at the expense of producing a faulty product, jeopardizing consumer privacy, or violating any Corporate Social Responsibility (CSR).

Take a look at the video game industry, while gamers and publishers continue to deal with unfair stereotypes and constant misinformation, business continues to boom. Why? Independent developers commonly use crowdfunding to finance their projects.

This creates a bond between developer and player, which makes the consumer want to invest in other intellectual properties from that company.

The foundation of Steam and innovations from Ultra could help take the industry even further. Crowdfunding helps the industry thrive, allowing developers to become comfortable providing an outline upon deciding to seek outside capital.

This is how startups can launch and thrive in the digital era; it’s almost a necessity with all the advantages corporations have in their favor. So, if anyone tells you that crowdfunding isn’t a good path forward, take it with a gigantic grain of salt.

Also Read: THE THREE MOST IMPORTANT RELATIONSHIPS IN BUSINESS

Innovations from Arloid and the continued success of the video game industry show that crowdfunding is a way to achieve success, build brand loyalty, and create transparency within your company.

“Walter Yeates is a journalist, novelist, and screenwriter who is one of the founders HeartStrong Media. In the past, he embedded with First People and military Veterans at Standing Rock North Dakota. Walter has also interviewed the likes of Nina Turner, Meredith Placko, and Liana Kerzner. He is currently working on his first novel.”