7 signs that you’re focused on stuff that doesn’t matter, and how to snap out of it.

“I love startups. I hate the startup scene.”

I was having lunch with a friend of mine, and he was mad.

He’s founded and sold two companies, and he’s a sought-after advisor for young companies looking to break through the noise.

Day in and day out, he told me, he’d see founders that were more interested in playing startup than actually being one.

Startups are a beautiful thing; they create value where nothing existed before, and the best of them succeed despite the unimaginably high likelihood of failure.

And while I love to defend, celebrate and encourage startups—after all, we wouldn’t be here without people doing the same for us—I couldn’t help but agree with my friend.

Also Read: How to register a company in India.

I spent the next few days thinking about what he said, and then I began to see it everywhere I looked: too many startups like to play startup.

Too many startups are willing to go to great lengths to look like a business, far more than they’re willing to actually do the work to become one.

I’ll admit: I’ve been there. There have been times when I started to fall in love with feeling like I had a successful business. The reality is that I wasn’t even close, but I’d look for clues—vanity metrics, mostly—to reinforce my perception.

It was during those times that we made the least progress as a company.

Now, if you want to play startup, and have the money to do so, go for it. But ultimately, you’re playing yourself—and your team—out of any shot of real success.

Today, I’ll share you 7 examples to help you figure out if you’re spending too much time playing startup, along with the best advice I’ve ever been given to get out of that trap.

Below are some of the most common behaviors of founders and teams that are more concerned with acting like a business than being one:

It signals that you’re important enough that your input is required by a group of other people.

It signals that you’re working on stuff. Big, thoughtful strategy stuff that needs to be “hashed out.”

More often than not, meetings are a waste of time, leaned on by people who don’t want to make a difficult decision and would rather punt it to a group.

Jason Fried puts the true cost of meetings into perspective brilliantly in his TEDx talk, where he points out that a one-hour meeting with eight people isn’t really a one-hour meeting at all; it’s a meeting that just consumed eight hours of productive time from your team.

Meetings might feel like you’re doing business, but most of the time, you’re just costing your business precious resources.

2) Having multiple people doing a jobthat one person can do

The bigger your team is, the more serious your company feels.

This leads some startups to hire more people than they need.

If you’re bootstrapped and have an email list of 1,000 people and want to grow that list, you don’t need a full-time email marketing manager, a writer, a designer and a junior marketer to execute on a content marketing strategy for you.

You need a motivated, scrappy content marketer who can do all of those jobs at once.

Sure, it feels nice to “need” a team of specialists to execute on your grand plans, but save it for when you really need it: when you become a much larger business. And even then, question whether or not you really need that person, or whether you can make a smarter use of those limited dollars.

In the same vein, a number of employees is not a metric to measure success by.

Anyone can over-hire in the name of building something that looks like a “real” team.

Unfortunately, many startups that fall into that trap—seduced by the dream of looking like a bigger business than they are—end up dealing with one of the most painful parts of the real business: layoffs.

4) Spending a lot of time at meetups

Most people at networking events are talking about work.

That makes sense; after all, most people are there to make professional connections.

But that’s also very dangerous because it makes you feel like you’re actually doing work.

Networking feels like work. And you can make the argument that it is.

But what other work are you trading off to do it?

Could your time be better spent talking to your customers? Or working on your marketing strategy? Or doing high-level thinking about your business? Or trying to make connections with influencers in other, more targeted ways?

Or spending time with your family or friends? Or working out? Or playing?

Or getting some sleep or anything else that will help you better balance your life and be more productive in the work time that you do have?

Don’t default to going to networking events just because it feels like doing business. Think carefully about the tradeoffs, and decide if it’s worth it.

I cringe when I see early-stage startups buying $5,000 conference sponsorships because they see SalesForce doing it and think that it will make them look like a big business.

SalesForce, and even much smaller companies, can comfortably spend $5,000 on a trade show booth because it’s a small part of their larger marketing strategy. It makes sense for them because they can afford to buy booths at every relevant conference and get consistent face-time with their market over the long-term.

Most startups don’t have that luxury and don’t end up with much more than an Instagram photo of their team at their branded booth. The comments will say things like “congrats!” and “you’ve come a long way!”, but the truth is often far from it.

Look, I get that it’s nice to have stuff with your company’s name on it… 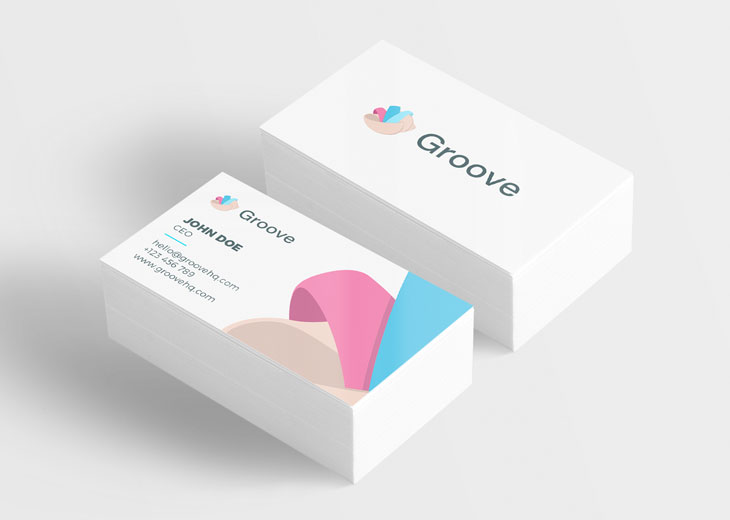 … or to work in a futuristic open office space.

And it does have value to make your employees feel good about where they work, and to make a good impression on your customers.

But this is another thing that many startups do before they can actually afford it.

If you’re struggling to afford hosting or negotiating for discounts off of $50/month tools, then you’re probably not ready for premium business cards or an arcade game at the office.

Especially in the early days, spend your money where you can actually see a return, even if the rest of the world can’t see you doing it.

Want to take coffee meetings with other founders, advisors or executives?

Great, do it. You can learn a lot from them.

And you should. It’s a valuable thing to do. But it’s also a dangerous thing to do, because it can be very, very addicting.

And that’s how you lose sight of what’s important, and it’s how you derail your business.

Also Read: How To Make Money Online In India – 9 Ways To Start With Low Investment

Do Any of These Describe You?

There’s a good chance that one or more of these resonated with you.

And that’s okay; it doesn’t mean that you’re going to fail in business.

In fact, depending on the day, I often catch myself stumbling into one of these traps. I can’t help it… in a world full of tough challenges and setbacks, it feels great to look for anything that makes us feel like we’re not failures.

But when you let these habits go unchecked, they become dangerous.

So I asked my friend—the one from the beginning of this post who pointed out the problem to me in the first place—what he suggested startups do about this.

His response, I think, was perfect:

“It’s important to recognize these behaviors for what they really are: proxies for the real work we all need to be doing to actually grow our businesses.”

My goal with this post isn’t to shame anyone. It’s to offer a helpful reminder to ask yourself a simple question about everything that you do: is this going to help us BE a great business, or just play one?

You’ll find that you do fewer and fewer things that aren’t real work, and understanding what’s important will become much, much easier.

I’d love to add to this list. What other behaviors have you caught yourself or others doing that constitute “playing startup”? Let’s help each other eliminate these distractions and focus on doing things that matter.