Indian Entrepreneurs Who are making india proud at Global Stage

Learn from your mistakes, reflect and accept the failure, but revisit your passion and keep pursuing your goals no matter what. 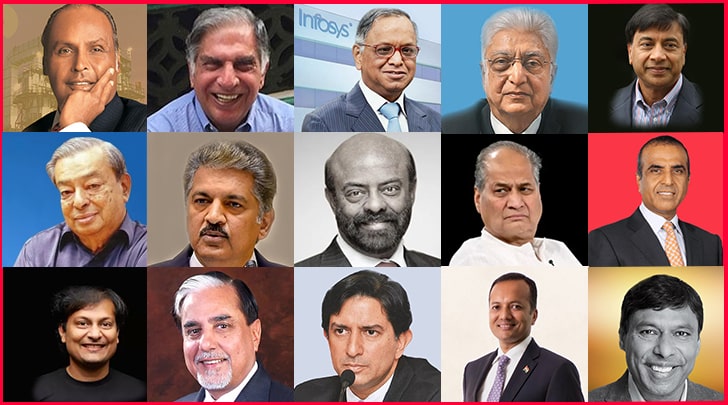 Most of the entrepreneurs aren’t successful at their first attempt itself. It takes immense hard work, passion, perseverance and dedication to succeed after failing, and that’s the most important quality of an entrepreneur.

Have you experienced business failure in the past? Are you afraid of starting a business because of the fear of failure?

Do you fear failure? Is failure a sign of defeat? Are there individuals who failed and still went on to succeed?

The failure of a start-up is not viewed as negatively (today) as it used to be 10 years ago from a socio-economic perspective. If you’ve tried hard and then failed, it’s not seen as a bad thing by investors

First worked in IIMA and then started a company called Softronics in 1976! When it failed after a year and a half he joined Patni Computer Systems.

Later he started Infosys Technologies along with 6 other professionals as partners in 1981 and the rest, as they say, is history!!!

In 1998, Ratan Tata brought a hatchback car Indica but it failed badly. People didn’t like it. Nobody wanted to buy that car. Some people suggested him to sell his car division and he agreed.

In 1999, He contacted many companies and Ford Motor Company showed some interest. Ratan Tata along with Praveen Kadle went to Ford’s headquarter to discuss terms of the deal but Ford’s attitude was insulting. Ford’s chairman Bill Ford said to Ratan Tata-

“When you don’t know anything about passenger cars, why did you start the business. We are doing a favour by buying your business.”

But what goes around comes around. In 2008, Ford’s Jaguar-LandRover was a terrible loss. Guess, who came to save them from going bankrupt. Yes, it was none other than Mr. Ratan Tata. He bought JLR division of Ford. JLR made a loss of 1800 crore that year and because of that Tata had to bear a loss of 2500 crore. This time, Ford’s words were-

“You are doing us a favour by buying our company.”

This story has been shared by Praveen Kadle, CEO of Tata Capital. ( Source: Quora )

He started his entrepreneurship journey at the age of 18, with a capital investment of 20,000 borrowed from his father. His first business was to make crankshafts for local bicycle manufacturers.

Within three years he had set up two more plants, one that turned out the yarn and the other stainless-steel sheets.The initial days were very difficult and he earned very little from these ventures. He was putting in 16 to 18 hours each day, but his business just didn’t grow.

Not successful in his first business.

In 1980, he started an Import company named Bharti Overseas Trading Company. In 1981, he purchased importing licenses from exporting companies in Punjab. H

e then imported thousands of Suzuki Motors’s portable electric-power generators from Japan. By 1982, he had started a full-fledged business selling portable generators imported from Japan. In 1983, the government banned the import of generators and granted the manufacturing rights to just 2 companies.

Sunil Mittal was out of business overnight.

Mittal says, “In 1983, the government imposed a ban on the import of genesets. I was out of business overnight. Everything I was doing came to a screeching halt. I was in trouble. The question then was: what should I do next? Then, an opportunity came calling. While in Taiwan. I noticed the popularity of the push-button phone — something which India hadn’t seen then. We were still using those rotary dials with no speed dials or redials. I sensed my chance and embraced the telecom business. I started marketing telephones, answering/fax machines under the brand name Beetle and the company picked up really fast.”

The company served as a Marketplace for Bed and breakfast. The reason of failure was not the proper building of a team which led to arguments in the team and ultimately the downfall. He started again with learning that does the paperwork well and builds a proper team.

In 2013, Agarwal transformed Oravel to OYO Rooms, wherein the company standardizes budget hotels in its technology-enabled network to deliver hassle free and pleasant stay in the budget and economy hotels sector of Indian Hospitality industry.

Mr. Agarwal has since led the company to 4000 rooms, 350 hotels, more than 500 employees with three rounds of funding and growing. ( Source: Yourstory.com )

If you have had multiple failed business attempts in the past, here are some keys to help you start again.

Learn from your mistakes, reflect and accept the failure, but revisit your passion and keep pursuing your goals no matter what.

If you have any other Indian entrepreneurs who failed first Story, Then Please share with us in comments.